Backstory of Course of the Force

In case your curious about Course of the Force and how, what & why!  Don’t forget I’m walking on Sunday at 3PM in Redondo Beach!  Wahooo 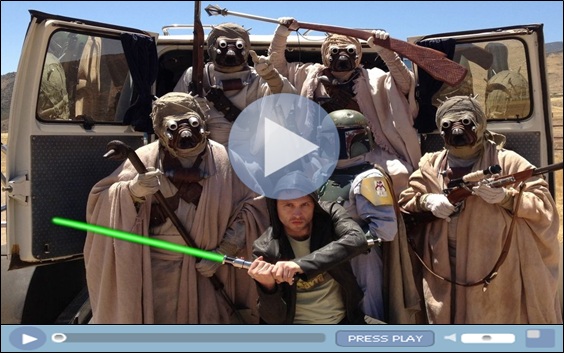 In an origin tale that’s a little bit like Darth Vader’s but much funnier, Nerdist Industries, Octagon, Lucasfilm and Industrial Light & Magic have teamed up to bring Star Wars fans throughout the galaxy an all-new short film to enlighten them on the Course of the Force narrative. Starring Chris Hardwick and written by Saturday Night Live producers Erik Kenward and Scott Weinstein, this comedic tale also features notables from the Star Wars universe including Boba Fett, Tusken Raiders and Ewoks as you’ve never seen them before. (*Spoiler Alert: The Walking Dead creator Robert Kirkman makes a cameo as Hardwick’s nemesis!)

To benefit The Make-A-Wish Foundation, Nerdist Industries has partnered with Lucasfilm and Octagon to put forth The Course of the Force, a charity relay in which a custom lightsaber will be handed off from runner to runner making their way down the California coast from the Santa Monica Pier to the San Diego Comic-Con International. Hardwick and co-hosts Alison Haislip, Alex Albrecht and Ashley Eckstein will ride among the participants in a giant replica of Jabba the Hutt’s Sail Barge from Return of the Jedi. Evening stops will feature mini “Con-ivals” with sponsors such as eBay, State Farm, Shoebacca, OtterPops, Hasbro, gogo, Play Mechanix and more. The event culminates in a live concert by The Dan Band at 12:30pm on Wednesday, July 11th at San Diego’s Balboa Theatre.

Nerdist Industries’ huge presence at San Diego Comic-Con International also includes The Nerdist Panel on Saturday, July 14th at 12pm. In the Indigo Ballroom of the Hilton San Diego Bayfront Hotel, Chris Hardwick will talk about all Nerdist-centric goings on for 2012 and beyond with guests including Dr. Neil deGrasse Tyson, Gary “Baba Booey” Dell’Abate, Alex Albrecht and Alison Haislip 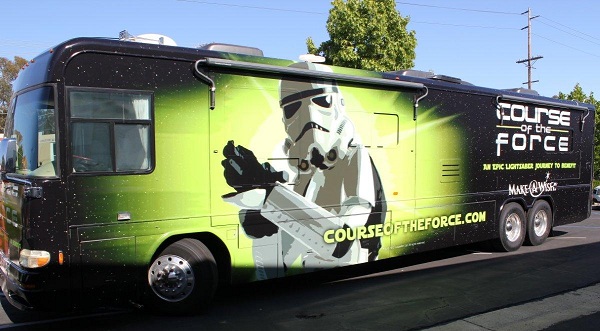 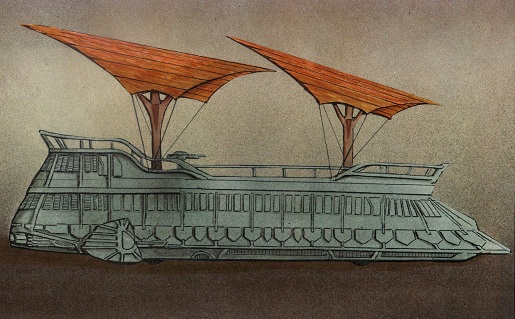