So I’m reading the latest friskyscope and it really sums up my world right now.  It’s the best of times and it’s the worst of times.  I’m excited to say that I’m starting a new job on Thursday (hurrah) but am still on the small claims merry-go-round with trying to figure out what to do next (last year a limo driver hit my car as he merged WITH my car as he drove on the wrong side of the road .. urghh been a major nightmare).  It’s consumed my thoughts and of course the constant reminder of my damage to my car/body/state of mind has been really hard.   but the stress has been driving me nuts so am releasing it to the fates, kismet, God and am hoping that it will all work out in my favor if not .. well I’ve struggled with it for over a year and don’t want to keep fighting it.  So the horoscope got it right … well as I’ve INTERPRETED the horoscope to relate to me and agree with what I’ve decided to do.  I’m going to move forward and start to save money towards getting another car in the fall.  So no matter what happens am taking control of my own life and fate so will not depend/wait on others instead will allow myself to stop getting upset about it.  It hasn’t done any good to cry to God over the unfairness, to complain to friends till they want to scream ‘shut up!!!’ or just to have nightmares (about the accident, the debt, etc) that leave me drained the next day.  Instead am putting my nose to the grindstone and will figure out how to pay off my credit card bill (had to charge everything to my card .. almost $3,000!!!), save money up for an inexpensive car and keep the one I have running till I can replace it.

This won’t break me since I have an inner resilience that always snaps back!  Let me know how your dealing with stress below in the comment section! 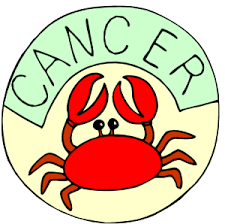 (June 21-July 22): Shocking run-ins are going to happen this week, making you feel like you might faint from surprise. Yes, be prepared to have an awkward conversations or two. No matter, as it’s a small world and it was going to happen one day anyway, so why not now? Despite the weirdness, it’ll feel good to get rid of this ghost that haunted you more than you were willing to admit.