I can’t quit you Nick, Simon and Edgar!  You’re my three musketeers ever since I fell in love with you the first time I saw Shaun of the Dead!   If you want to refresh your memory in select theatres you can see the boys in their trilogy glory right here in LA.  At the Arclight in Hollywood, Regal Cinemas at LA Live, Burbank AMC and other movie cinemas for only $20 for six hours of hilarity!  Grab a ticket FAST since the showings are selling out fast! 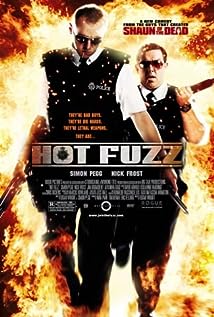 The tale of The World’s End begins on June 22nd, 1990. In their suburban U.K. town of Newton Haven, five boys in the prime of their teenage youth celebrate the end of school by attempting an epic pub crawl together. Despite their enthusiasm and the downing of a slew of pints of beer, they fall short of seeing their quest through, to the last pub on their list, The World’s End.

Twenty-odd years later, “the five musketeers” have each left their hometown and are now husbands, fathers, men with careers – with the flashing-red-light exception of their voluble onetime ringleader, Gary King (Simon Pegg), who is now a 40-year-old man trapped at the cigarette end of his teens. The irrepressible Gary, keenly aware of his estrangement from his onetime closest friend Andy (Nick Frost), becomes hellbent on trying “The Golden Mile” drinking marathon again. He convinces Andy, Steven (Paddy Considine), Oliver (Martin Freeman), and Peter (Eddie Marsan) to stage an encore, and one Friday afternoon they are all reunited. Gary is in his element: the mandate is one night, five guys, twelve pubs – imbibing at least one pint apiece at each establishment. Arriving in Newton Haven, they re-encounter Oliver’s sister Sam (Rosamund Pike), for whom Gary and Steven each still carry a torch.

As the gang attempts along the way to reconcile their past and present, an increasingly insane and dangerous series of encounters with old haunts and acquaintances makes them realize that the real struggle is for the future, not just theirs but humankind’s. Reaching The World’s End is the least of their worries…