I am so excited to tell everyone about the new ArcLight Cinemas and San Diego Filmmakers Partnership kicking off July 19 in La Jolla!

The new forum is designed to support, educate and enrich women working in and those aspiring to work in the film, media, and entertainment fields. The launch will commence with a kickoff event on July 19, 2016, at ArcLight Cinemas in La Jolla with a special evening of content specifically designed for industry women.

Gretchen McCourt, ArcLight’s Executive Vice President, stated “It is important to discuss how the film industry is impacted by women filmmakers, especially in the San Diego region. The launch of this network is a golden opportunity for aspiring filmmakers to learn more about challenges faced by women in entertainment, and how women can collaborate within the industry to make cinematic history.” 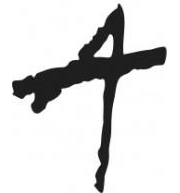 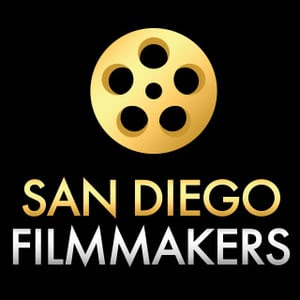 Tickets are $25 each, available via ArcLight Cinemas

All who are interested in learning more are invited to attend the launch event. More information can be found below:

San Diego Filmmakers, a recognized 501(c)(3) educational organization, was established on the fundamental premise that filmmaking is an art encompassing many crafts coming together to tell a story in the most truthful sense. In September 2005, award-winning writers, directors, and producers formed San Diego Filmmakers to create a synergistic resource for filmmakers. Another core conviction of San Diego Filmmakers is that art is best learned by sharing. Meetings are held every second Tuesday of the month, presenting high-quality guest speakers sharing insights, experience and passion for the Art of Filmmaking. San Diego Filmmakers connects with over 8,000 industry veterans and enthusiasts and is dedicated to celebrating and elevating the art of filmmaking. Additional information about San Diego Filmmakers is available at www.sdfilmmakers.org.

ArcLight Cinemas, created by Pacific Theatres, a privately owned, Los Angeles-based company with 60 years of theatrical exhibition history throughout California, Hawaii and Washington is a premier moviegoing experience with an unparalleled commitment to bringing a variety of rich cinematic content to moviegoers in all markets. ArcLight Cinemas operates eight theaters in California including Hollywood, Pasadena, Sherman Oaks, El Segundo, Santa Monica, Culver City and La Jolla, as well as one theater in Bethesda, MD, Chicago and Glenview, IL, with a new location in Boston for early 2018. ArcLight also owns and operates the historic Cinerama Dome and programs the TCL Chinese Theatre and IMAX in Hollywood. Pacific Theatres currently operates theaters in Los Angeles that include The Grove and The Americana at Brand in Glendale, CA. Additional information about ArcLight Cinemas is available at ArcLight Cinemas.