I plan to mark my calendar to purchase Shepard Fairey’s End Gun Violence Together Peace Fingers Print on Cream Speckle Tone paper. He’s created this art for Blake Mycoskie and TOMS‘ #EndGunViolence together campaign which benefits organizations like Every Town for Gun Safety, March For Our Lives, and Moms Demand Action. This limited edition print will add another stream of support to raise awareness to End Gun Violence with the Peace Fingers. TOMS is investing $5 million into organizations across the country who are committed to ending gun violence and you can visit TOMS.com to send your Representative a postcard demanding she/he take action on what more than 90% of Americans agree on: universal background checks. In addition to the TOMS pledge, you can purchase this End Gun Violence Together Peace Fingers print this Thursday, February 28th on Shepard Fairey’s website.

Thanks Blake for your courage and generosity, and thank you all for caring!

I can’t believe I missed the first annual benefit concert Strange 80s last year but am excited to make up for the 2nd annual show this October 12th at the Fonda Theatre.

Let’s make a date for the Strange 80s 2 annual benefit concert Charity Bomb with partner Studio71 has organized a show that will have your toes tapping and yelling ‘Oh my GAWD’! Guests and performers will include Marc Maron and Dean Delray, along with members of No Doubt, Fall Out Boy, Slipknot, Sum41, Slayer, Judas Priest, Bowling For Soup, *NSYNC, Eagles of Death Metal, Velvet Revolver, OK Go, Sugarcult, Filter, Rob Zombie, The Offspring, and The Regrettes, with additional performers to be announced over the next few weeks!

Tickets are available now for GA  http://bit.ly/2M5Nz2R and you can also purchase VIP tickets (premier access to balcony seating, hosted bar, after-party admission and a Strange 80s t-shirt). The night of fun is benefitting  320 Changes Direction (supports and raises awareness for those who suffer from mental health, depression and addiction issues) with a full concert, 80s video games and exclusive opportunities to mingle!
Lucky fans might be able to compete with artist on favorite arcade games (Galaga has my name on it .. or initials!) that will be projected as a backdrop for attendees during change-overs.  You can bid for the Special Meet & Greets, donated items and experiences on Charitybuzz.
Charity Bomb’s mission is to be a force multiplier for other charities and/or organizations that focus on fundraising for musicians and artists in need. They take action by producing live entertainment events on their behalf, primarily in support of mental health, addiction and others issues that are prevalent in the artist community.
Strange 80s 2 is sponsored by Plex, Spirit Airlines, Shure, and Threadless. For more information, please visit: https://www.strange80s.com/.

About Charity Bomb Charity Bomb is a non-profit organization founded by four philanthropic friends to produce benefit shows for a variety of charitable organizations in the scope of music. Our motto is “All Purpose Altruism” – we deliver 100% of the proceeds, 100% of the time, with 100% transparency, to ensure that the funds raised reach its intended constituency, every dime, every time.
320 Changes Direction is the latest strand of GiveAnHour.org’s Campaign to Change Direction. It is a coalition of concerned citizens, nonprofit leaders, and leaders from the private sector who have come together to change the culture in America about mental health, mental illness, and wellness.
Studio71 is a premium global media company and content studio that develops, produces and distributes original programming across multiple platforms, as well as guiding talent and building businesses around them. Studio71 is a Red Arrow Studios Company and headquartered in Los Angeles with offices in Berlin, New York, Toronto, London, Paris and Milan. https://redarrowstudios.com/studio71/

It is time to consider what people with Autism can offer versus what they cannot. – Temple Grandin

Autism has no borders. In Gifting Your Spectrum we unite all ethnicities and our brothers and sisters in the Arts, Music, Science, the Military, Education, Medicine, Government and the Autism Speaks global services where everyone is welcome in peace and progress.

Get ready to laugh with Loni Love and her funny friends this July 12! She’s celebrating her birthday but the GIFTS are for Dress for Success with a comedy roast at the Improv. The charity comedy roast and after-party next door at the Improv Lab next door will have 100% of the ticket sales going to Dress for Success an international not-for-profit organization that empowers women to achieve economic independence by providing a network of support, professional attire, and the development tools to help them thrive in both their working and personal lives. So get ready to laugh with Loni and her funny friends!

Celebrity guest and roasters include: 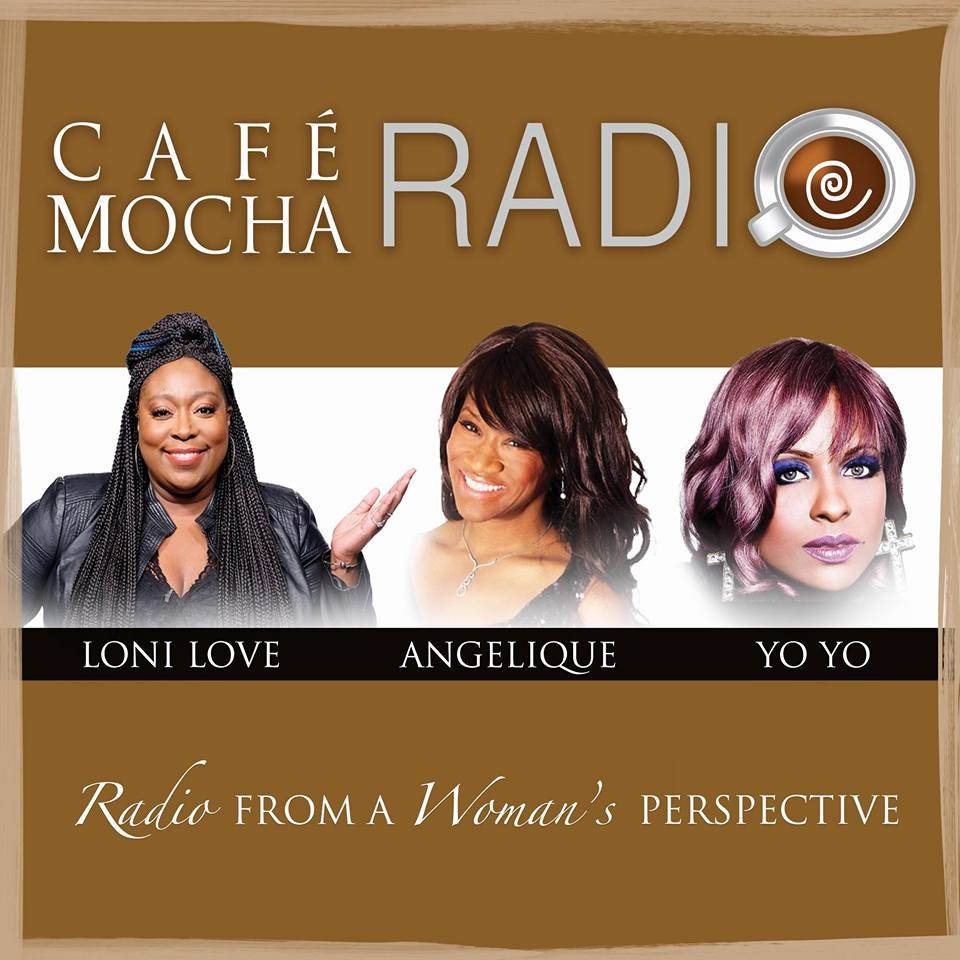 Well I’d love to pitch an idea of mobile grocery stores for disadvantaged neighborhoods. Take 2 or 3 buses that can be stocked with healthy food at a reasonable price and that would be able to take SNAP. So instead of people have to pay overpriced amount of money for food and staples instead the trucks would have scheduled stops. My other idea is to have a voter education and registration program. So many people don’t seem to understand the basics of the three branch of the Federal Government, how local elected officials directly effect their lives and comprehending all of the ballot propositions.

The deadline was extended to 5/10/2017 read below for details. What would you like to pitch leave your ideas below ….

Deadline extended to Wednesday, May 10 at 5pm!

In 2015, design east of La Brea was honored to receive its second ArtWorks grant from the National Endowment for the Arts for our Making LA series. The first phase of Making LA explored the Los Angeles issues of Transportation, Water, Density and Community through a series of public programs, culminating in the Making LA conference in fall of 2014.

In early 2016 we launched the second phase—Making LA: Connect, Flourish, Thrive, Prosper—with the plan to build upon our successful programming series at a design charrette to craft proposals for real-world solutions to issues facing LA.

Then we had a presidential election.

As a proposed budget seeks to completely eliminate federal funding for the National Endowment for the Arts, we realized that charrettes and proposals would not be enough. The de LaB community is made up of designers, architects, and artists who are out in the city working hard on real-world solutions today. We want to amplify your efforts and bring four projects—your projects—to life.

We want to show the powerful impact that the NEA has on our cities by empowering four projects that help LA connect, flourish, thrive, and prosper.

On Saturday, June 10, Making LA Together will feature teams pitching projects in front of a live audience that address issues of Transportation, Water, Density, and Community in Los Angeles. A panel of experts will ask questions and offer commentary about the projects, and the audience will vote for the best project in each of the four areas. We’ll work to make the winning ideas happen with a project fee of $2500 and the help of volunteers from the de LaB community. In addition to workshops and volunteer days, de LaB will also host four programs to introduce the public to each of the four completed projects.

Making LA Together will be held on the evening of Saturday, June 10 at City Market South, a brand-new creative space located in one of LA’s oldest produce markets, as part of the Los Angeles Design Festival. Here are more details about the event.

Deadline extended to Wednesday, May 10 at 5pm! Fill out this brief form telling us about your project, including a 200-word description and which area your project addresses (Transportation, Water, Density, or Community).

When you submit your form, email *one* image of your project (can be a rendering, photo, drawing, sketch) to hello @ designeastoflabrea.org

Finalists selected to present at Making LA Together will be announced by Friday, May 12 and asked to prepare a 5-minute, fast-pitch presentation with visuals onstage at the Making LA Together event. (Think Project Runway meets Shark Tank).

What kind of projects are you looking for?

Show us how NEA’s funding can solve a problem and create real-world change for an LA community east of La Brea. The only real qualification is that the project must address one of the challenge areas (Transportation, Water, Density, or Community) and be easily replicable elsewhere in the city.

Some examples of projects might be: A wayfinding system (Transportation); a parkway stormwater garden (Water); a creative adaptation of a parking space (Density); a neighborhood mural (Community).

How many people can be on a team?

As few or as many as you like, although only two people can be onstage to present.

Can I submit multiple projects?

Team members can only work on one project.

Can it be something I’m already working on?

Definitely. We are particularly interested in projects that have already been tested elsewhere in LA and can easily be rolled out in multiple locations.

Does the project absolutely have to happen somewhere east of La Brea?

Yes—we will only look at projects that will happen east of La Brea. South of Century Boulevard that’s east of Hawthorne. North of Franklin Avenue that’s east of Vineland. Even if part of your project is east of these boundaries, we’ll accept it.

Who decides which projects are selected?

Finalists will be selected to present by de LaB’s hosts and board members. The winners in each area will be decided by a live vote from the audience at the event.

If you have a question we should answer here, send us an email at hello @ designeastoflabrea.org