I’m not screaming you’re screaming that Dwayne Johnson aka THE ROCK is coming to the 2017 Stan Lee’s Los Angeles Comic Con thanks to Entertainment Weekly (Official Media Partner) on Saturday, October 28th! 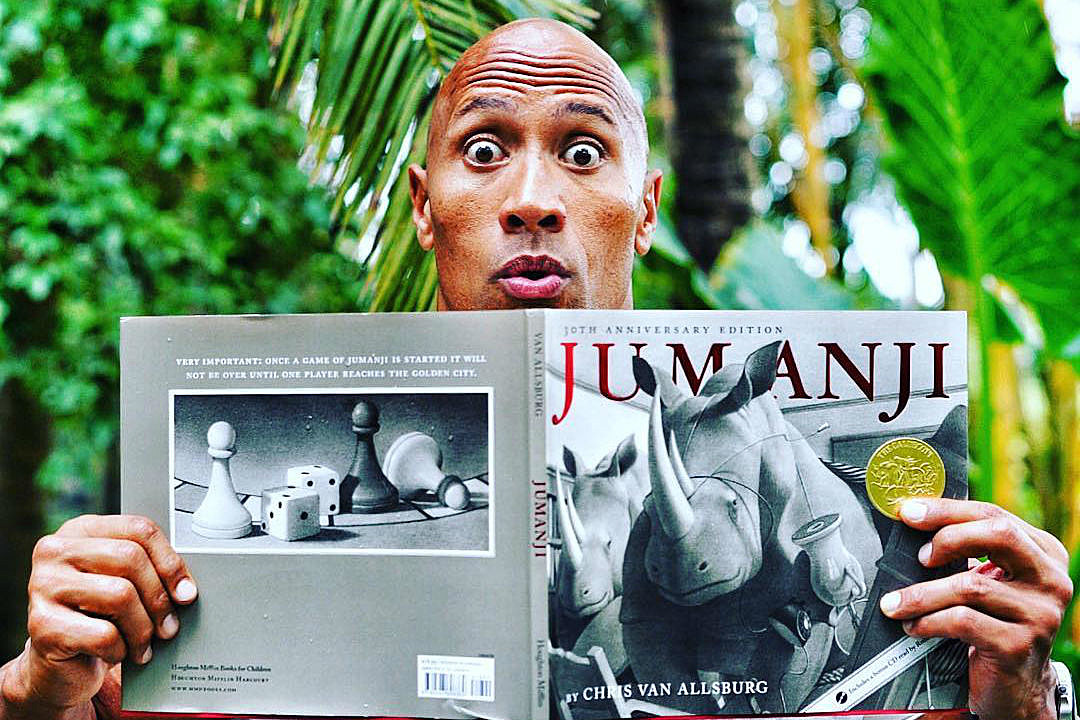 Dwayne is making a special appearance on Saturday only to discus his upcoming film ‘Jumanji: Welcome to the Jungle’ that will be released December 20th! Badges are available now at http://StanLeesLAComicCon.com for the 3-day pop culture con from October 27 – 29 at the Los Angeles Convention Center.

EW is the Official Media Partner and is collaborating with L.A. Comic Con to make the 7th Annual Convention Entertainment Weekly worthy with three days of programming from text, photos and real life! This year EW is also offering a one year subscription to badge holders for hollywood delivered to your doorstep!

JUMANJI: Welcome to the Jungle – In a brand new Jumanji adventure, four high school kids discover an old video game console and are drawn into the game’s jungle setting, literally becoming the adult avatars they chose. What they discover is that you don’t just play Jumanji – you must survive it. To beat the game and return to the real world, they’ll have to go on the most dangerous adventure of their lives, discover what Alan Parrish left 20 years ago, and change the way they think about themselves – or they’ll be stuck in the game forever, to be played by others without break. Written by Sony Pictures

ENTERTAINMENT WEEKLY is your all-access pass to Hollywood’s most creative minds and most fascinating stars. The magazine was launched by Time Inc. in 1990 and is America’s leading consumer publication in the entertainment category, with a guaranteed circulation rate base of 1.5 million and a combined audience of almost 28 million loyal, engaged fans.  Each day, EW.com publishes a myriad of featured stories, news articles, TV-recaps, original videos, film reviews and photo galleries. The PEOPLE/ENTERTAINMENT WEEKKLY Digital Network continues to rank as the #1 site in its competitive set with close to 100 million monthly unique visitors. ENTERTAINMENT WEEKLY is the first to know about the best in entertainment. With sharp insight, unparalleled access and a trusted voice, EW keeps readers plugged into pop culture. This is where the buzz begins.