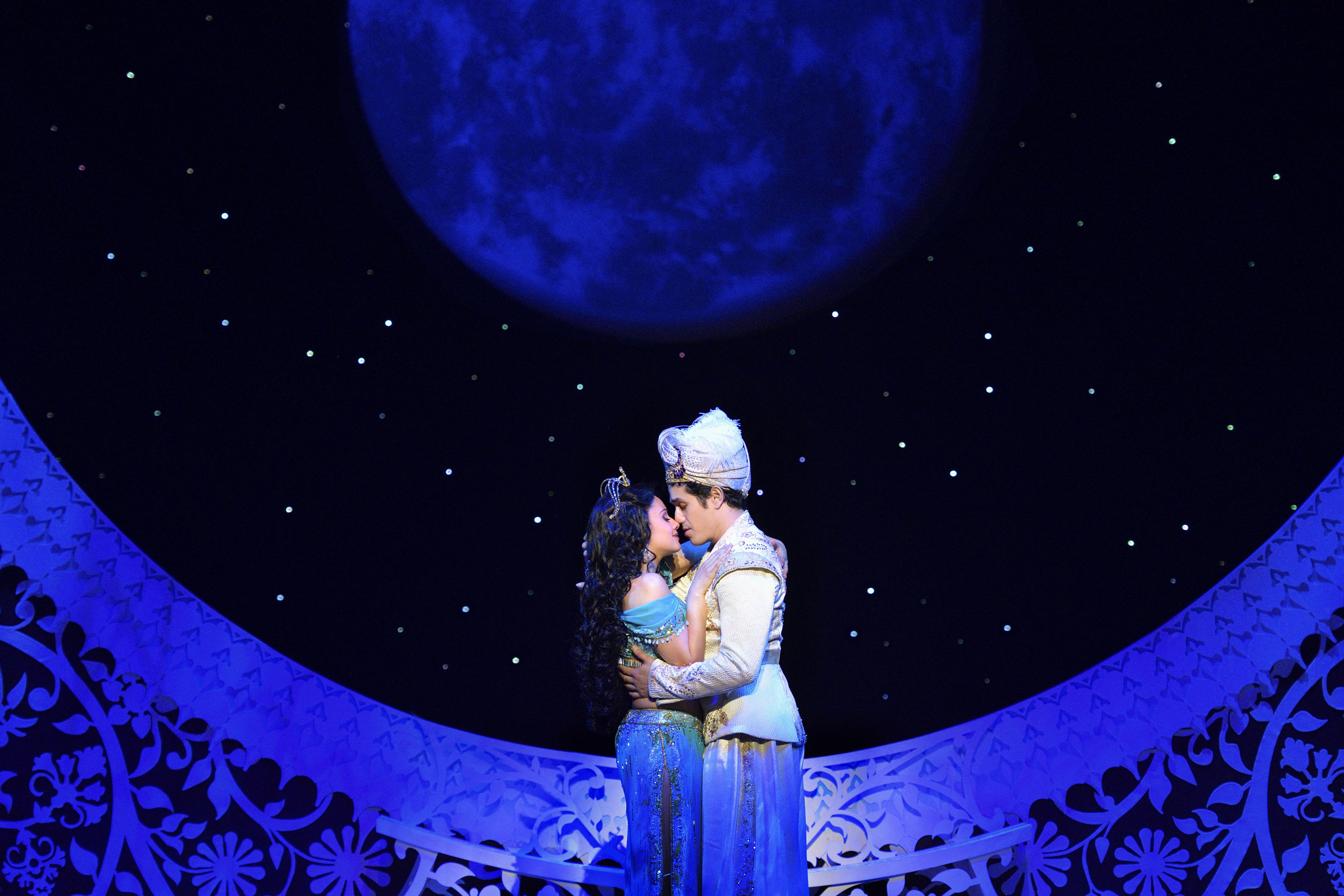 I remember seeing the original Disney’s Aladdin (animated film) in 1992 with my family. It was a delight that had my entire family laughing from my little brother who was in pre-school to my parents. It’s always been a favorite because of the warm fuzzy feelings it gives me so had extremely high expectations when the Broadway show came to the Pantages. We’ve all seen the video of the Broadway cast ‘sing-off’ at the airport with the Lion King cast. The Disneyfication of Broadway has given me hours of joy watching beloved animated series and none have been a disappointment. From the puppetry of The Lion King and delighted by the Beauty and the Beast costumes … Disney musicals are pure magic. 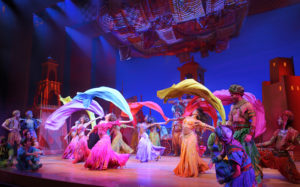 I adored the show it’s a scrumptious visual light pastry that is full of layers to delight attendees of all ages. The moment the curtain opened I was intrigued with the beautiful Aladdin and Jasmine whose voices twirled and danced in my ear like dervishes. The Genie had huge feet to fill but he was able to channel the comic genius of Robin Williams and make it his own. I loved how they were able to translate the animation to real life. We all remember the saucy sarcastic parrot constantly whispering in the Sultans ear. Going into the show I thought they might use a toy bird with a recorder but to have a ‘mini me’ with all the spunk and trouble played by Reggie De Leon (Iago) was hilarious from the evil laugh to plotting with the Sultan to take over the kingdom. I was giggling like a schoolgirl. The costumes were BEAUTIFUL and truly enriched the visuals of the show adding texture and placing them in the Arabian nights fantasy of this Disney fairytale. The costumes didn’t just add texture but also content that reminded me of some of my favorite scenes from the animated films but still allowing the cast to dance and sing. The set designer out did themselves with the market and the cave of treasure. I don’t want to give away too much but don’t take your eyes away from one moment. Try to study the depth and how design enriched the playto transport youto another world. Watching Aladdin made me feel as if I was on the stage with the movement, brightness and cast interactions with the set. It felt ‘real’ and people around me ‘oohed and aahed’ so many times with me. I mean the man to the right gasped with me when the flying carpet took off. When people say ‘Disney magic’ they are talking about this musical that looked so much like a live action of the animated movie that I plan to watch the film again!

The story of boy meets girl and boy finds a genie is the classic romcom I needed to have my feet tapping with beloved songs from the Disney library and new music. My gosh the flying carpet was a marvel and had me so lost in the moment I felt it was magic (since I have NO idea how they did it) but I have never wanted to fly above the city in arms of a good-hearted thief more! I truly recommend going to see Aladdin with your BFF, the person who stole your heart and of course anyone who’s a kid or a kid at heart. Aladdin will show you the world and leave you delighted. 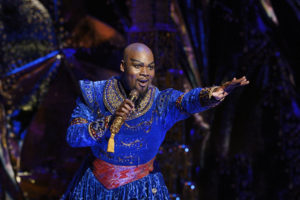 Aladdin opened on Broadway in 2014 with homage to the animated film and fairy tale but with a Walt Disney stamp to appeal to fans of all ages. It was with joy and anticipation to learn that it would make its first appearance in January so was delighted to be able to attend the first show. I wasn’t the only one since the filled Pantages had fans young and old ready to rub a lamp and have Adam Jacobs the Broadway actor who originated the role appear to grant THREE wishes. In addition to Adam Jacobs, Reggie De Leon reprises his role as Iago from the Broadway show.